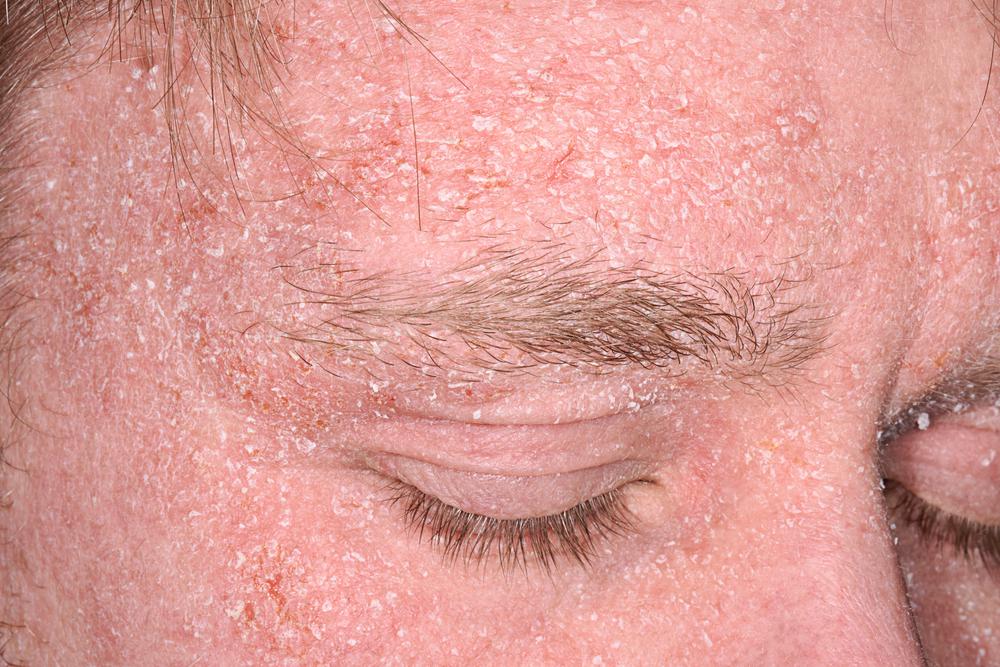 Seborrheic dermatitis—often referred to as skin dandruff—is a frustrating chronic scaly red rash that pops up on your face and scalp unpredictably.

Also called dandruff, seborrheic dermatitis is a rash of unknown cause. It typically causes redness and scale on the mid-face along the eyebrows, sides, and creases of the nose that will run down the sides of the mouth to the chin. On the face, the rash looks like dry skin, though dryness is not the problem.

Seborrhea often involves the scalp. Here the scalp may itch and have white flakes, so people often think they have “dry scalp”—but again, the problem is a rash, not skin dryness. Redness and flakes can become severe. Itchy pimples can develop too. In babies, cradle cap is also seborrheic dermatitis.

Ears are commonly involved in seborrhea. Here the scale is crusty and can weep. Areas most prone include the crease behind the ears and the skin around and in the ear canal. The lash line can suffer seborrhea too. Here there is itchy, red, swollen skin and crusty scale right along the lash line of the eyes. Seborrheic dermatitis can also cause a rash on the body. Sometimes there is redness and itching in the skin folds of the armpits and groin. At other times the upper back and chest have scale and redness.

The cause of seborrheic dermatitis is unknown.

We do know that a normal skin yeast called pityrosporum is often seen growing abundantly in sites of skin with active seborrhea. That is why one of the main ways to treat and control seborrhea is to discourage the growth of this organism.

Also, the rash uses the biochemical resources of inflammation to make redness and scale, which is why doctors often prescribe topical cortisone creams to fight these inflammatory resources. Cortisone creams have side effects, so it is not recommended to self-treat with this medicine.