TB or Not TB 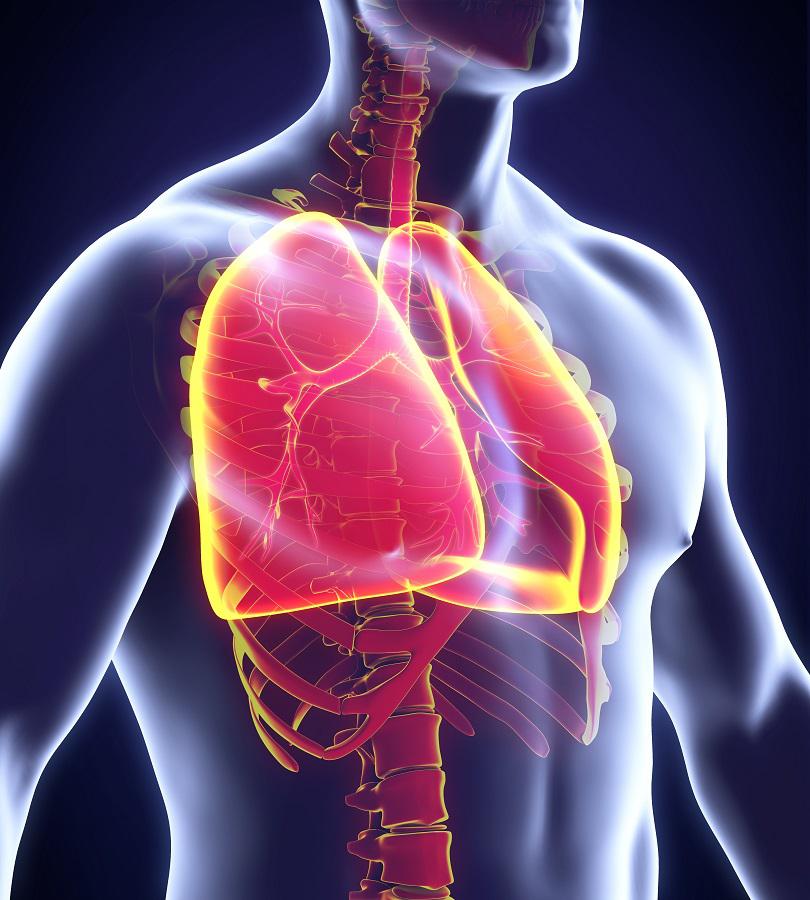 It’s everywhere. According to the WHO, tuberculosis kills more people annually than HIV/AIDS and Vietnam ranks near the top globally in TB outbreaks. A third of the world’s population has tuberculosis and when they cough or even talk, they can spread it – especially in classrooms, buses, elevators, hospital rooms; really anywhere absent of good air circulation. So what can we do besides wear a surgical mask on airplanes, buses and in crowded public places?

Professor Alkan, tell us about tuberculosis.

Tuberculosis is as old as mankind. Fossilized human skeletons have been found with signs of bone tuberculosis. DNA extracted from the preserved lungs of some 3000-year-old Egyptian mummies contain identifiable sequences of the tuberculosis microbe. It is a disease that hits all mammals, different variants of the bacterium, and a special thing about this bug is that it’s coated in a very special material, a polymer, which cannot be touched by anything. You can pour acid on this bacterium and it will laugh.

It is a very peculiar organism. It takes for ages to grow it. It’s not one of those that multiplies very fast and then you’re overwhelmed, and that’s why the disease is sometimes difficult to diagnose, definitely difficult to treat. We know today that it’s not the bacterium that eats up the patient; it’s the patient’s attempts to handle this bacterium, which takes away all his energy. Scientists have described the terminal tuberculosis patient as “anergic”—no energy. The immune system totally gives way because it’s exhausted from fighting a futile battle against the bacterium. The bacteria are “eaten” by macrophages, members of the immune system, and the bacteria not only outlive the immune cell, they multiply inside the immune cell, so the patient ends up with dead cells and multiplying bacteria and a lot of debris. This debris is called caseation necrosis (caseation necrosis is a condition of cellular death that usually occurs in the lungs that takes on a crumbly, dull white appearance that resembles cheese).

The center of this process will have dead tissue, half liquid. Around it will be the immune response and some scarring so you get a little ball where the outside is protected and the inside is havoc, and it happens in the lung because the way we are infected by tuberculosis is that we aspirate bacteria, which are in tiny little droplets so small that they float in the air for hours for us to breath in. So in the lung now is this little ball. In most people when the immune system is intact, when we are not malnourished, when we are not mentally depressed, when we enjoy good health, we can handle this. Maybe there will be a little leakage and it will be stopped in a lymph node next to the lung and we call that a primary complex—two little balls. And we can live with these two little balls to happy old age and have no further trouble (this is known as latent TB).

How is TB diagnosed?

Now, our methods of diagnosing TB will not be able to separate latent from rampant tuberculosis because all we can tell is that the immune system knows the bacterium. I wish we could quantify and say ‘this man is very sick’, ‘this man is just latent’—we cannot. What happens is, if the disease progresses or if for some other reason the immune system gives way, this will diminish the body’s ability to contain this little ball and then the little ball becomes bigger and bigger with more and more caseation necrosis in the middle, and this happens in the lung.

The lung is made of two major components; one is a blood vessel and one is air. So this ball might burst into a blood vessel and then you get tuberculosis everywhere. We call that miliary TB. Or else the ball will burst into one of the windpipes and then you’ll have enormous amounts of coughing, sometimes with blood, full of bacteria. Now, instead of having a solid ball of cheese-like necrosis there is now a cave in the lung because air replaces this gunk, and this is called cavernous tuberculosis, one of the most contagious forms of tuberculosis. If you see that you must isolate the patient.

This brings me to the picture in the developing world. In lesser developed societies we have a microclimate where the whole family sleeps in the same room, and it usually is a very small dwelling with not too much ventilation. Houses in the highlands of Papua New Guinea have no windows because it gets cold at night. And the door is barred and closed and grandma is sleeping next to the little kids and she’s coughing. Don’t ever take a public bus in Ethiopia because they close all the windows, and they smoke. The bottom line is we cannot change that, so the hallmark of preventing the spread of tuberculosis is early recognition, diagnosis, isolation and treatment.

How is TB treated?

Now, for the diagnostic tests we do for tuberculosis in a healthy community; let’s take the school system in Ho Chi Minh City. We have classrooms that are, in the best of cases air-conditioned and closed in, and we have students sitting there. I don’t want anybody to cough tuberculosis on the students so what will I do? I will test each of the students by injecting a component of the bacteria, completely dead, it’s called PPD, purified protein derivative of the bacterium, into the skin and come two days later and look for induration (a thickening or hardening of the skin). I’m actually looking for macrophages that came here because they have knowledge about this foreign protein because they have seen it before.

If the hardness is zero to five millimeters I say this person has never seen this bacterium. The PPD test is negative. If it is more than 10 millimeters in diameter I say this person has seen mycobacterium tuberculosis. This person is sent for a chest x-ray. If the chest x-ray is normal, even if he has tuberculosis he is not infective because TB infects only by spewing out bacteria and if he doesn’t have anything on the chest x-ray I’m not doing any more work-up. That’s it. I have skipped five to ten millimeters, which is called weakly positive PPD, which is bad news. Usually the cause is that that person was immunized against tuberculosis as a baby or exposed to cousins of the bacterium, which don’t cause tuberculosis, but still his immune system recognizes a little bit. I don’t know what to do with that.

Do you want to treat it with one drug for six months or with two drugs for 4 months? There are several protocols. Number one, we don’t know that the bacteria that caused this positive PPD are sensitive. If you worked in a hospital, a hospital that had people who were resistant, maybe you need second or third line drugs that this bacterium has never smelled before. And they are second and third because they are more toxic. Do I take a healthy person and make him sick with my treatment just so that in 50 years he will not develop tuberculosis? Big questions. If he is HIV positive I’m adamant, yes you must treat, if he’s just a healthy young person, maybe no.

How are people with or without a BCG (the tuberculosis vaccine) affected?

Unfortunately, it’s a live bacterium, so if a child is born with HIV and I give him a shot he might have what we describe as miliary TB and die. Another issue is that in the best of cases BCG renders immunity to 70 to 75% of cases, which, for a vaccine, is not good, but it’s the best we have. There’s constant argument about whether it should be given to everyone or shouldn’t.

What can those living in Vietnam do to prevent the spread of this bacterium other than wearing surgical masks or staying out of places with poor ventilation?

There is a very delicate balance between increasing knowledge and not causing panic. So on one hand, all that we have said is educational, is increasing knowledge, but then you might start saying, ‘I’m not going here or there because it’s too dangerous, people are coughing, what will happen to me’? So it’s a tightrope, and I think that health education, not only in the field of tuberculosis, definitely in the field of HIV, should be mandatory in the public school system. I think that this is one of the keys to better understanding, and then people will not be surprised or shocked by how we deal with these treatment issues. The bottom line is that we can cure almost all patients with tuberculosis, and prevent the spread of the disease, if diagnosed in time and treated appropriately.

Family Medical Practice As the first foreign-owned multidisciplinary medical provider in Vietnam, Family Medical Practice (FMP) has consistently remained at the forefront of internationalstandard medicine since 1995. With a diverse multinational team of physicians and the latest in medical equipment and diagnostic tools, FMP offers extensive healthcare and emergency medical services nationwide to Vietnamese, expatriate, and corporate customers.

Infectious disease specialist Professor Michael Alkan is a physician and retired Lieutenant Colonel who has undertaken countless medical missions around the world. He was instrumental in turning Beersheba‘s community hospital into a university tertiary care center with laboratories. He developed a curriculum for new medical schools in Nepal and Ecuador and upgraded the curriculum in Central Asia, Tajikistan and Kyrgyzstan. His experience includes disaster relief work worldwide, treating patients in New York in the early days of the AIDS epidemic, opening AIDS clinics and working as an AIDS preceptor in Botswana, Nigeria, China and several other countries. Professor Alkan has been spending his summers at FMP for the past several years.