A Witness to the HIV Epidemic 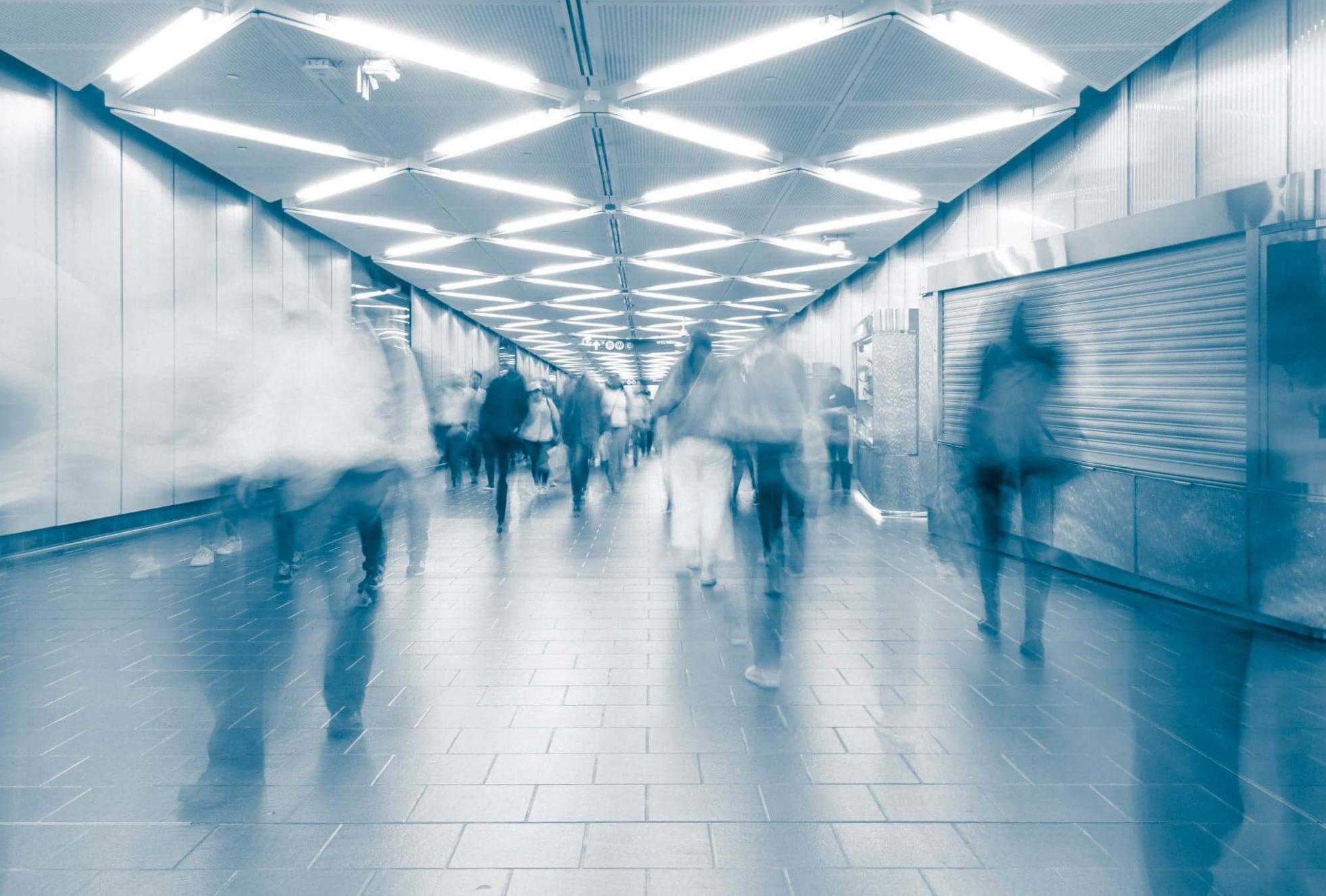 Dr. Michael Alkan has undertaken countless medical missions in locations all over the world, seeking adventure in the human jungle throughout his career. He was witness to the emergence of the AIDS epidemic, and went on to open AIDS clinics and work as an AIDS preceptor in a number of countries affected by the disease. The following is his own account of his life’s work to help those afflicted with the virus.

At first, it wasn’t called HIV, it wasn’t called AIDS. They called it GRIDS, gay-related immunodeficiency syndrome. The year was 1980, and I was a research fellow at UCLA, the San Fernando Valley program. We saw the very early non-diagnosed suspected cases, and we infectious disease doctors suddenly found that we had to learn a new trade.

The first of all the publications started with one letter to the editor, 13 Cases of Pneumocystis Carinii Pneumonia in Gay Men. The disease itself was well-known; it afflicts children with lymphoma after chemotherapy, destroying what’s left of their immune system after the lymphoma has eliminated the rest. Gay men were known for amebiasis, herpes, and a lot of other troubles, but not for P. Carinii Pneumonia. So we were being exposed to something that we had never seen before.

This is what science is all about. You see something that doesn’t fit, you ask your colleagues if they have also seen it, and yes, if it doesn't suit the picture, you publish it. Eventually we all found out what it was, and then the world was different.

I went home in around 82 or 83. One day, while making rounds, I came upon a young hemophilia patient who must have been about 20 years old. He had been admitted because of fever, and he had these funny spots on his skin. It was the first case I diagnosed with HIV. We didn’t have the blood test yet. What we had was a surrogate test for lymphocyte function, and that test turned positive, which strengthened my point. He eventually passed away; there was a big presentation to the whole hospital, and everybody doubted the diagnosis because nobody knew what it really looked like, as there was no diagnostic test. When the test came out in 1985, I pulled his serum out of the freezer, and it was genuinely positive. So this boy, whose face is a clear picture in my memory, was my first real encounter with HIV.

We were sailing in totally uncharted waters. We had no idea what we were doing, we had no idea how to prevent transmission; this was long before the inversive precautions came out, when every body fluid is suspected until proven otherwise—and even after proven otherwise. We imported knowledge from immunocompromised cancer patients to the AIDS patients, who had similar symptoms. These were the days when what we could do for the patients was to help them die in peace. There was no treatment, and it was very very difficult.

The next thing that happened was that I won a scholarship to go for six months and work in the Beth Israel medical center in lower Manhattan in New York. One of the four buildings in the hospital was a detoxification center for drug addicts. A lot of them carried HIV and were AIDS patients. The epidemic was rampant at the time; at any given moment there were more hospitalized AIDS patients than were ever diagnosed in the whole country of Israel. For six months, I was exposed to everything. By that time, we knew exactly what it was, we knew the biology, we had a serological test. It was the absolute beginning of the antiretroviral treatment, and all of a sudden we had tools, we had something to work with.

My return to Israel from the US coincided with the influx of Jews from Ethiopia. This community was rural, from the north of the country; there was no HIV among them. However, they were encouraged to move to Addis Ababa by Jewish organizations who provided for them and gave them subsistence money. Now, you can imagine that for this money, some of the men went and bought sex. And if it was a single mother with three children, she was probably selling sex in order to make ends meet. As a result of that, the government of Israel decided to test anybody who came from Ethiopia, and whoever was found to be seropositive was sent to one of the six AIDS centers in Israel. I ran one of them.

We called it the Infectious Disease Clinic. People with urinary tract infections sat next to people with HIV, except that the color of the skin of the Ethiopians was a giveaway. In the beginning, it was all about patting them on the shoulder and helping them to cope, giving them horrible information, and catering the information to their culture. Luckily, we had an Ethiopian nurse, and she taught me how to reveal the bad news to the patients with the language barrier, cultural barrier, their vocational barrier.

And I say, “In Israel, unlike Ethiopia [which is not true anymore], the government gives you free treatment for this virus, and we will see to it that you will be healthy.” In some cases, the patient would say, “Do you mean AIDS?” And again I would know which way to go.

The clinic grew to be much more efficient with the development of new medications and new testing systems. From being in total darkness, we ended up giving top-notch treatment to people.

One day, one of the drug company reps came to me and said, “We need a doctor to go and work for the national AIDS program in Botswana.” I said, “When's the next flight?” not really knowing where Botswana was. I had to look it up and find out that this is the Kalahari Desert, and it is one of the most interesting countries that I've ever known.

In the year 2000 in Botswana, the government had declared AIDS a national emergency. Botswana had 1.5 million inhabitants, and 1/3 of them were infected with HIV when they started the process. The government didn't only do it because of humanitarian reasons; they did it because of the diamond industry which is the backbone of the financial situation in Botswana. They knew it could break down with all of the employees dying of AIDS.

I took two tours of duty there. The most amazing thing was at the beginning. They said, “Doctor, tomorrow the HIV orientation course for doctors and nurses will start, it’s six days and you're registered to attend.” I said, “Come on guys, I’ve been taking care of AIDS patients for 18 years!” They said, “Never mind that. You should also take the exam at the end.”

They had to invent a new word in the English language, “AIDS preceptor”, which is a doctor who will teach local medical teams not to be afraid of touching patients and treating them. I opened two separate AIDS centers in peripheral Botswana; all the American universities were on top of them wanting a piece of the pie, and the drug companies were donating anti-AIDS medications. I was teaching, I was working with the doctors, with the nurses, and touching the patients physically, which meant a lot to the patients and to the doctors as well.

I shouldn't say this, but I have yet to see a more promiscuous society than what I found in Africa. An unmarried nurse in our clinic in Ghanzi, the middle of the Kalahari, had two children.The fact that she had two sons was the reason why suitors were knocking at the door every day, because she had proved that she was fertile, she could give you children. So they wanted to marry her. But after marriage, on Saturday nights they would go to the watering hole in the center of the village and have more beers than they should, and there would be 15-year-old girls there, who for a beer would have sex. Or, if they liked you very much, it was not only a beer, maybe some money or some clothes.

The meaning of prostitution in Africa is different from what it is in Western culture. So you may understand how AIDS spread in African countries so fast.

After that, I was recruited to teach in Gondar in Ethiopia, which is in the middle of the Amhara region, a very conservative town during the daytime, and where at night there are nightclubs which you shouldn’t go to. The School of Public Health had been summoned by the government to take nurses and health officers, and within the course of six months give them a Master's degree in Public Health–AIDS caretaker. And I was asked to give the first two weeks of teaching, which was a refresher of nursing school; what is a virus, what is a bacteria, what is the immune system like. I did this five times, and it was a joy.

That was the last convolution of my HIV AIDS career. Ten years ago I retired.

At first, I still followed the literature and tried to stay alert to changes, but then the changes were so fast that I decided to let go. Now, I will gladly counsel a patient regarding HIV, and then transfer him to a younger doctor to give treatment, because the field is developing faster than I can follow.

It’s a different world! Back then, your average patient died within 13 months of your diagnosis, and there was nothing you could do about it, you just watched him melt away. Now we have a situation where this is regarded as something like hypertension, heart disease or diabetes—a chronic condition which, when properly treated, can lead to a normal life for another 30 years. And the new tricks with drugs against HIV are really fantastic! We drafted a paper about the hardships of being under AIDS care, because some drugs you needed to take with food, others you needed to take on an empty stomach, some were taken in the morning, some at night. Today, it takes one tablet before bedtime and that's it! So we've come a long way.

Here in Saigon, the most common AIDS-related concern I see are people who are near psychosis from the fear of having AIDS when they don't have it, and you can't confuse them with facts. They can be Vietnamese, American, Japanese, Korean, it doesn't matter—the fear is there, irrespective of culture. When you show them the results, “Look, it's safe, you’re OK!” And they say “No, I’m not!”

Given everything I’ve seen in this field, I can feel why people feel safe revealing these kinds of fears in the kind of secluded non-public clinic I work in now. I see the guilt, the fear, maybe the religious aspect; it’s psychologically very complicated. Compared with the prognosis of early AIDS sufferers, I think these fears are understandable. It remains a truly terrifying disease.