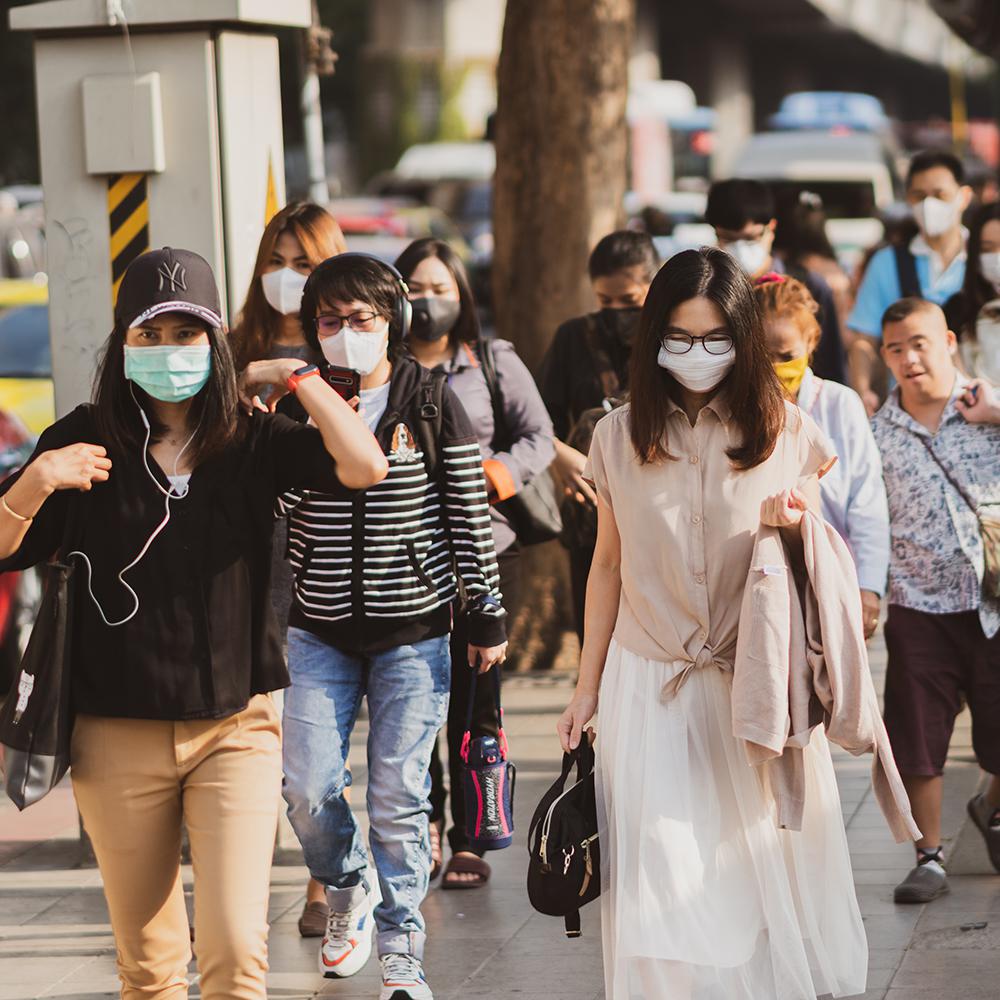 The coronavirus outbreak is currently at its peak, and the world is trying every possible means to understand the mechanism of this virus and how to eradicate it. Dr. Rafi Kot explains how this virus is different from other epidemics he has witnessed, why the virus is here—probably to stay—and what we should know in order to co-exist along with it.

These days we are experiencing a worldwide outbreak of the coronavirus knownas COVID-19.

Two previous coronavirus outbreaks, SARS and MERS, caused a severe disease with a mortality rate of around 8%. However, there are important differences between these two coronaviruses and COVID-19. MERS and SARS were both clearly distinguishable diseases, clinically speaking. During those outbreaks, it was easy to isolate and define patients. What is different about the current COVID-19 outbreak is that there is likely to be a very large group of infected people who are only minimally sick. They exhibit only a very mild form of the disease, which is now managing to get past our safety nets—resulting in an inability to define and isolate that group. On the other spectrum, there are what we call “index cases” (or “super spreaders”)—a person who (and it is still not understood why) spread the virus in a much more infective manner than other people.

SARS did not pass from human to human until the SARS patient was clinically ill. In the current outbreak, even that population with a minimal or very mild form of the sickness seems to be able to infect others. The assumption is that the infectivity coefficient of a COVID-19 patient is between two to six people, which means that every infected person could potentially transmit the disease to up to six others on average.

The coronavirus outbreak is currently at its peak, and the world is trying every possible means to understand the mechanism of this virus and how to eradicate it. Dr. Rafi Kot explains how this virus is different from other epidemics he has witnessed, why the virus is here—probably to stay—and what we should know in order to co-exist along with it.

To compare infectivity coefficients, a flu patient will likely infect two others; every SARS patient infects up to three patients; and a measles patient—which is a highly infectious disease—will infect up to 12–18 new people.

To understand how the virus spreads, it’s important to note that ALL coronaviruses stem from animals, and animals are their reservoir. At a certain stage, each of these viruses made a “genetic hop”, enabling them to infect humans. Once humans were infected, the viruses became human-to-human diseases and spread quickly. The COVID-19 virus centers itself in the respiratory system, which is also its springboard for infecting others.

15% of COVID-19 patients suffer from an acute disease, which presents mainly as bilateral pneumonia (meaning that both lungs are affected). There is no direct antiviral therapy for such a condition. We use antibiotics and oxygen if there is a secondary infection, and in extreme cases we move patients on ventilators until they recover.

Other symptoms, such as fever and pain in the muscles and throat, occur as well—very similar to a normal flu. COVID-19 is more severe than the flu, however (the mortality of flu is 1:1000), but not as severe as in SARS, where the mortality rate was at 8-9%. The mortality rate from COVID-19 ranges currently from 1-2%; however it is very difficult to assess the real numbers and to know how many people have been minimally affected by the virus (minimal symptomatic cases) who have not been factored in to the statistics. This is also one of the reasons why the CDC has started to check people who suffer from the flu in 5 major cities in the USA for COVID-19 infection.

The SARS outbreak was stopped mainly due to good isolation methods and policies, and also perhaps to the seasonal behavior of the virus. It’s unclear how much COVID-19 is susceptible to weather changes. Currently data related to the outbreak is foggy, due to two main reasons:

Can a Vaccine be Developed?

It will take a year, at best, and likely up to 18 months to develop a vaccine (depending on if the WHO and CDC will approve clinical trial shortcuts against the Helsinki committee), by which time this outbreak will most probably be behind us. A patient exposed to the disease develops temporary immunity for a few years, which diminishes as the virus genetically modifies itself, or due to a normal weakening of our immune system over time.

Health authorities worldwide are operating within a complex situation. Everyone is working on a basis of missing information. It is not simple. It’s also the case that control centers and control mechanisms can usually only be evaluated after several cycles of an outbreak. As I am writing these lines (18/2), the latest numbers from the CCDC (Chinese Center for Disease Control) are emerging. So far, this is the latest and largest analysis of the data available so far :

Adults face the highest risk; the mortality rate is at 2.3% of the entire infectedpopulation. In Hubei it stands at 2.9%.

The data sample size used to derive these results is quite significant, and seems wide.

There is a fear that in those countries not issuing full reports about the sickness, there may be many minimally sick patients who are not even mentioned. The fact that there are no reports does not necessarily mean that the scrutinizing mechanisms in place are effective—rather that the disease is still in a quietly accelerative mode.

That again is the reason for the CDC to declare immediate active efforts to identify COVID-19 in five labs in the USA. These include New York, Chicago, Seattle, San Francisco and Los Angeles. The labs will routinely check all patients with ANY flu-like syndromes or anything resembling flu-like symptoms, as well as for coronavirus. These tests will enable the authorities and the CDC to have an early warning regarding a quiet spread of the virus in the USA, hence the ability for early prevention—“the golden window time”—which is so critical in terms of early response, but which has been missed in China.

As of the time of writing, there are 600 patients in isolation who are mostly returnees from China. One coronavirus patient has been identified as positive over the last few days. The assumption among most countries and the WHO is that we are facing a global issue, one that is not going to go away within the next 2–3 weeks—and its spread into the Western world is a matter of time only.

To recap, I can only ask that the public refrain from consuming the fake news, films, and clips that are produced en mass spreading conspiracy theories and inflating bad news. Use common sense, and keep things in proportion. This is neither an apocalypse nor the end of the human race.* A much more common illness, influenza, kills about 400,000 (FOUR HUNDRED THOUSAND) people every year, including 34,200 Americans last flu season and 61,099 the year before.

We have been through SARS, the bird flu, and many other epidemics—and we have prevailed, and we shall prevail this time too.

As to the authorities, it is important to come out with one voice daily, and transparently announce accurate infection statistics for Vietnam and the region. An app has now been created for that purpose—however I would remind everyone that this is not a disease of apps and screens, it is a human disease, and therefore a human voice and personality should address the public daily. Not a phone or website.

It is sad that being a veteran of so many epidemics, the communication between health authorities and the public still leaves so much to be desired.