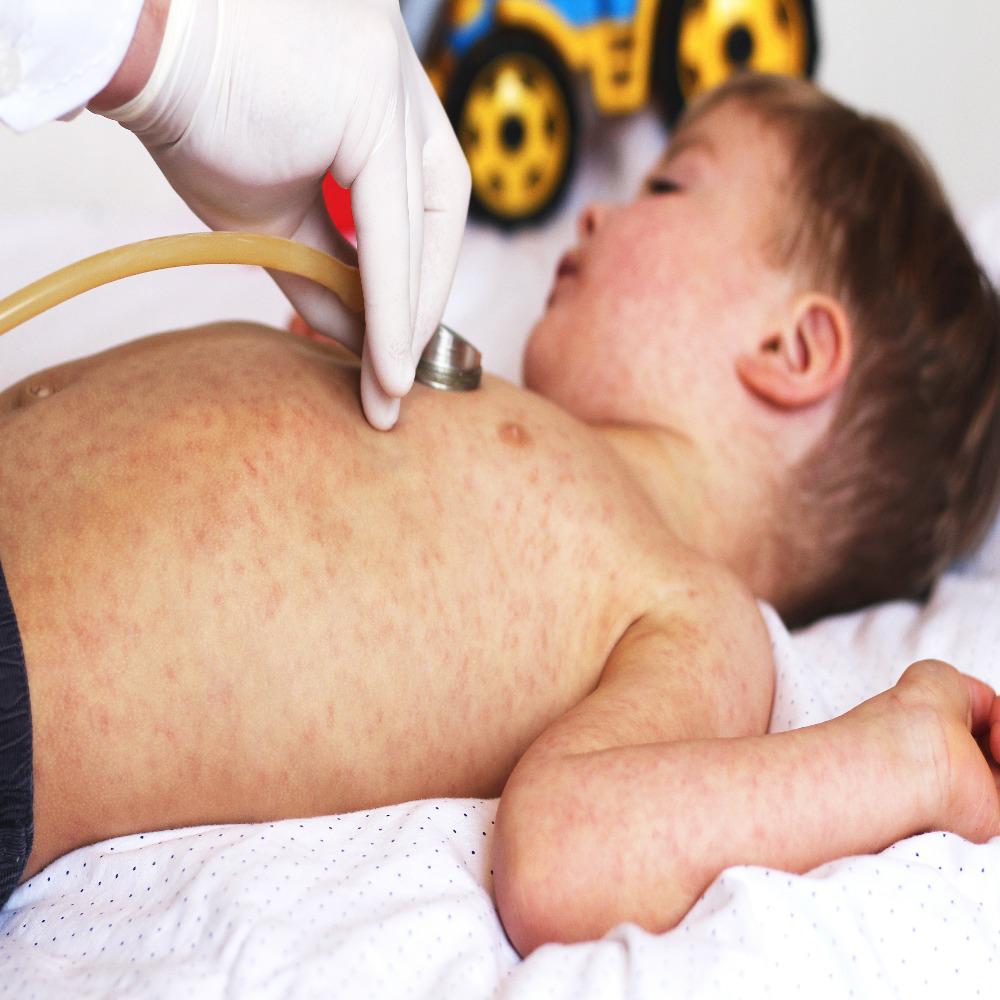 Measles is a viral infection that is highly contagious, spreads very quickly and can cause devastating damage to almost every system in our body.

Measles can cause encephalitis (severe inﬂammation of the brain) resulting in serious neurological damage and up to 10% death rate.

One of its rare complications is a condition called SSPE (Subacute Sclerosing Pan Encephalitis) which can appear even years after the disease has gone and causes slow progressive destruction of the brain.

Measles virus can attack the heart tissue and cause severe inﬂammation which may result in heart failure and death.

Measles can cause severe infection in mother and fetus that may result in serious complications to both mother and baby-premature delivery or fetal death.

Measles can affect the respiratory system, causing a severe inﬂammation in the airway and lungs, leading to respiratory distress, failure, or death.

Measles can interrupt the normal coagulation of the blood and may result in severe bleeding.

Measles is a leading cause of blindness, especially in malnourished children.

Measles can attack the liver, pancreas and intestines, resulting in hepatitis, pancreatitis, appendicitis or colitis.

A new study, published Nov 2019 in Viral Immunology, shows that measles has a profound effect on our immune system. Children in the study who became infected with measles lost a signiﬁcant proportion of their immunity toward other infections (including past vaccinations).

those infections. This effect happened only in unvaccinated children. Those who received the MMR vaccine did not suffer from this serious effect.

Some parents refuse to vaccinate their children, believing that if their child contracts measles “naturally” it will strengthen their immune system. This study proves beyond any doubt that not only can measles cause devastating complications and death, it severely weakens the immune system as well.

PROTECT YOUR CHILDREN—MAKE SURE THEY ARE PROPERLY VACCINATED.